About the study | Ten to Men

Home » About the study

Ten to Men: The Australian Longitudinal Study on Male Health is a study designed to help improve the health and wellbeing of boys and men. Ten to Men is a longitudinal study, which means we aim to survey the same group of males every few years. It began in 2013 and provides findings about male health outcomes to improve programs, services and policies for all Australian boys and men.

The name Ten to Men refers to the age range of the boys and men in the study – from 10 years old to adult men. It is the intention of the study to follow participants over time, as they transition through the different stages of life.

Background to Ten to Men

Australian males have poorer health than Australian females, shorter life expectancies and experience more health problems. They also have higher rates of alcohol use and smoking and are less likely to visit health professionals. An even greater health gap exists for males in regional and remote communities, as well as for males in Indigenous communities.

In 2010, the Australian Government released the National Male Health Policy to address the special health needs of Australian males. As part of that policy, Ten to Men: The Australian Longitudinal Study on Male Health was started with funding provided by the Australian Government Department of Health. The study’s aim is to generate findings to inform government policy and program development in male health. Moving forward, the study is guided by – and seeks to address priority areas and key issues detailed in – the National Men’s Health Strategy 2020–2030.

In 2013–2014 (Wave 1 of the study) Ten to Men collected health and lifestyle information from nearly 16,000 boys and men across the country via surveys and interviews. Study participants were randomly chosen to ensure a broad range of backgrounds and life experiences, and representation across all Australian states and territories. Data were collected in 2015–2016 (Wave 2), 2020–2021 (Wave 3) and 2022 (Wave 4).

Who is conducting the research?

Ten to Men is commissioned and funded by the Australian Government Department of Health and Aged Care. Since mid-2017 the study is being undertaken by the Australian Institute of Family Studies in collaboration with the Social Research Centre (SRC) as fieldwork partners.

Note: Between 2011 and 2017, Ten to Men was conducted by the University of Melbourne. 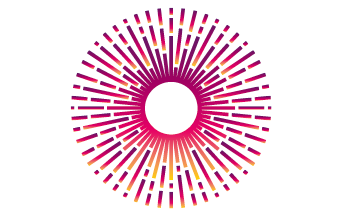